A celebration of cinema and culture will be set up for the 6th consecutive year on the idyllic island of Castellorizo, Greece. The 6th “Beyond Borders” International Documentary Festival which takes place under the auspices of H.E. the President of the Hellenic Republic Ms. Katerina Sakellaropoulou is to be held from August 22nd to August 29th and will make Castellorizo the Aegean Island where Documentary film meets History & Culture once again.

The Festival has now established itself as an institution of international scope, as more than 569 nominations from 50 different countries – despite the difficult conditions created by the COVID 19 pandemic – were submitted to the Festival’s Preselection Committee which consists of internationally renowned filmmakers. Their final selection includes a total of 27 documentaries (11 feature films, 5 medium-length films and 11 short films) from 17 different countries.

The difficult award process is undertaken by distinguished members of the international film community, chaired by Klaus Eder – General Secretary FIPRESCI. The Jury will be completed by Marianna Economou – President of the Greek Documentary Association and acclaimed director, Jean-Christoph Caron – Head of Documentaries of PHOENIX, Bruno Chatelin – Festival agent-coordinator all over the world and Maro Anastopoulou – awarded director.

The Institute of Documentary Film (Prague) will be awarded as this year’s Academic Partner of Honour for its commendable and long-lasting support of talented filmmakers.

The Hellenic Parliament Television Channel known for its support of Parliamentarianism and Culture will be awarded as the annual Media Partner of Honour.

For the first time Beyond Borders will also award a Festival Partner of Honour starting with Movies That Matter, an International Festival from the Netherlands which supports Human Rights-themed films.

The opening ceremony will be dedicated to Greece’s Bicentennial. Spectators will have the chance to watch Panos A. Thomaidis’s film “Spetses ‘21, At the Crossroads of History” which offers an original reading of the history of the Greek revolution, starring the descendants of insurrectionists of the 1821 Greek Struggle of Independence, but also ordinary inhabitants of the island.

The concert that will follow by the title “And we have on our mast forever a lookout – the Sovereign Sun!” (Odysseus Elytis) will star the great singer Morfo Tsaireli and the composer-pianist Andreas Anagnostopoulos.

This year, the Athens String Quartet which consists of the leading members of the Athens State Orchestra will musically fill the intervals between the screenings.

The closing ceremony will feature the documentary film “The Cradock Murders” by David Forbes and Michel Noll and a concert with acclaimed singer Vasilis Gisdakis – a close collaborator of Manos Hadjidakis –  accompanied on stage by the great musical ensemble ARGONAUTS.

The Panorama section of the Festival which features 15 non-competing documentaries, will discover and highlight the continuity, the past, the present and the future of world documentary production.

The Festival will also introduce three Masterclasses by BBC Storyville Editor-in-Chief Mandy Chang, Chairman of this year’s Jury Klaus Eder and the artistic director of the Movies That Matter Film Festival Margje de Koning. They plan to impart a wealth of knowledge on film criticism, on the process of making a feature documentary film, on best practices for independent filmmakers and on funding strategies for creative documentaries in the hope of guiding young up-and-coming filmmakers. In addition, there will be four open online discussions (Pitching Lab: From an Idea to a Project) with the main goal of offering young filmmakers the opportunity to present their idea for a documentary to a panel of experienced European producers, TV and film agents who are active in the field of documentary film.

Throughout the festival, visitors will have the chance to enjoy the exhibition of the National Historical Museum, “The Archipelago on Fire” that will be hosted at the Municipality Hall of Megisti. It is an exhibition of reproductions from the Collections and Archive of Historical Documents of the National Historical Museum, on the naval struggle of the Greeks. At the same time, visitors on the island will have the opportunity to enjoy the unique sculpture exhibition of the “Saint” of the island Alexandros Zygouris.

On the occasion of the recent publication of a book by Themistocles L. Chrysanthopoulos, Ambassador a. h., entitled: “In the labyrinth of the Greek Diplomacy-Ministry for Foreign Affairs 1945-1980“ by the Hellenic History Foundation (IDISME), a presentation will be made by the ambassador a. h. Leonidas Chrysanthopoulos and Ambassador a. d. George Veis as well as journalists Vasilis Lolidis and Giannis Mandalidis.

On the islet of Agios Georgios (St. George) a theatrical performance will take place for the first time starring the actress, Georgia Anesti and author, Carol Drinkwater on the subject of the unknown contribution of Konstantinos Polychroniadis on the propagation of the Greek Revolution.

This year’s event will also be interesting for the Castellorizian youth as in collaboration with the National Historical Museum, they will have the chance to create their own works of art using portraits and engravings with figures and scenes from the Greek Revolution of 1821 as their reference points.

Simultaneously, through the “Fairytale Musical Journeys” of Lily Tegou, they will be introduced to the concept of freedom and travel to the magical world of music. Older children will have the opportunity to attend Andreas Katsikoudis’s professional photography seminar of “I love photography”. At the end of the seminar, the artworks of the students will be exhibited at the Municipality Hall of Megisti.

The Shadow Theater of Alexandros Melissinos will inspire plenty of laughter for our little friends whereas the Clown/Magician Motzo Jojo will travel young and old alike to new magical adventures.

Attendance to all educational and cultural events is free of charge.

Please find the Official Program of the Festival here: http://beyondborders.gr/wp-content/uploads/2021/08/programma.pdf 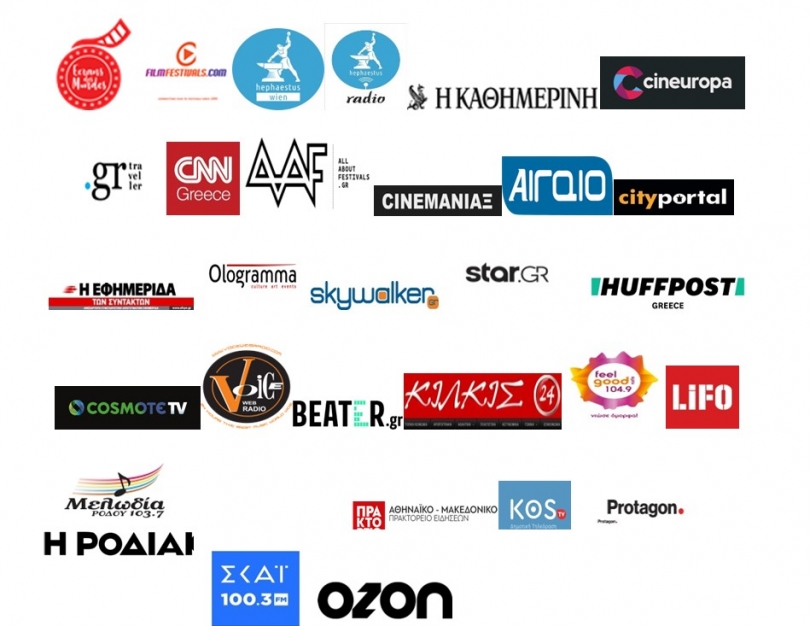