Opening Ceremony of the 6th ​​International Documentary Festival of Castellorizo: 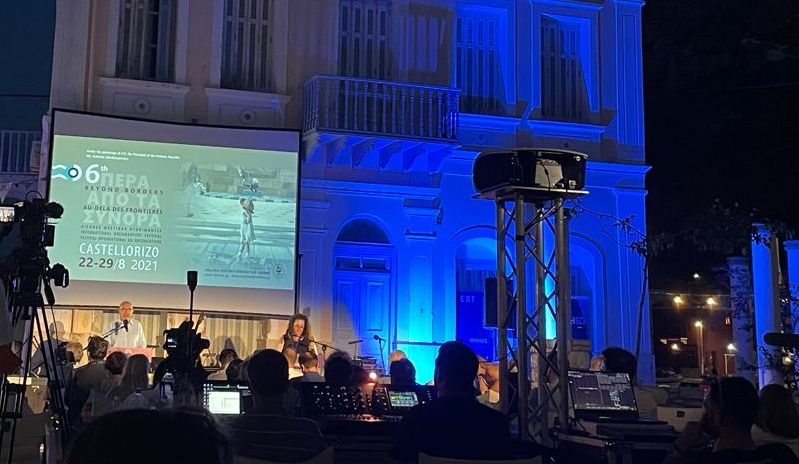 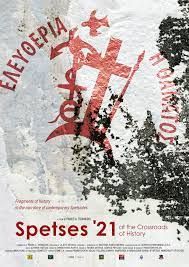 The 6th edition of Beyond Borders ​​International Documentary Festival of Castellorizo offered a brilliant opening ceremony to its spectators, under the auspices of the President of the Hellenic Republic Mrs. Katerina Sakellaropoulou, putting a strong emphasis on Greece’s Bicentennial.

The ceremony began with Panos A. Thomaidis’s film “Spetses ‘21, At the Crossroads of History” which offers an original reading of the history of the Greek revolution, starring the descendants of insurrectionists of the 1821 Greek Struggle of Independence, but also ordinary inhabitants of the island. The history of the Revolution unfolds in a unique narrative through the prism of the collective memory of the island of Spetses in conversation with the historical study of events, recording everything that has remained alive in the memory of the islanders, but also in their contemporary way of life.

A musical tribute  followed: tagged “And we have on our mast forever a lookout – the Sovereign Sun!” (Odysseus Elytis) starring the great singer Morfo Tsaireli – born in Germany to immigrant parents and raised in Thessaloniki, Greece since the age of five – and the composer-pianist Andreas Anagnostopoulos: thet presented exceptional and timeless Greek songs based on the concept of Freedom, under the supervision of the Hellenic Foundation for Historical Studies.

During the ceremony, three new songs penned by the great Constantinople Poet Dim. K. Papakonstantinou and the Nobel Prize-winning Poet George Seferis will be presented for the first time by the composer-pianist Andreas Anagnostopoulos.