What to Watch on Vudu: ‘Respect,’ ’No Man of God,’ the Original ‘Candyman,’ the Best Nicolas Cage Movies and More

Want to know what’s coming soon to digital and what to watch right now on Vudu? Here is your weekly guide to the latest releases: 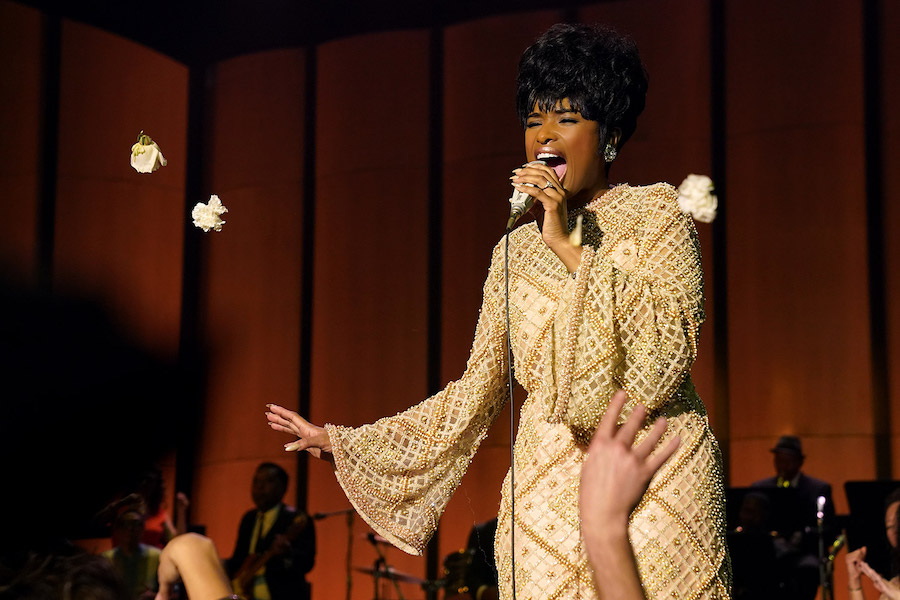 Are there any big movies coming out this week?


Singer-turned-actress Jennifer Hudson is front and center for this authorized Aretha Franklin biopic Respect. Prior to her death in 2018, the Queen of Soul personally chose Hudson for the lead role, so you can rest easy knowing the movie’s title will also apply to her portrayal.


If you’re not able to get to the cinema this weekend for Candyman, how about an acclaimed new film about a real-life murderer? Amber Sealey’s No Man of God, which is about the final years of Ted Bundy, also arrives on Vudu this Friday. Luke Kirby, best known these days for his portrayal of Lenny Bruce on the series The Marvelous Mrs. Maisel, stars in the movie as the latest actor to play the infamous serial killer. Elijah Wood (The Lord of the Rings) co-stars as FBI agent Bill Hagmaier, the only person to whom Bundy would disclose details of his life and crimes.

What’s an essential classic we need to buy right now?


With Nia DaCosta’s Candyman opening theatrically this weekend, I recommend revisiting or catching up with the award-winning 1992 original. Tony Todd stars as the titular boogeyman, a murderous spirit with a hook for a hand who comes after you if you call his name three times. Virginia Madsen plays the protagonist, a grad student researching the urban legend of the “Candyman” around the infamous Cabrini-Green housing projects in Chicago. The movie is available to rent or buy on digital on Vudu here. Check out a brand new clip for the new installment below.

What are some great movies about urban legends to buy this week?


In honor of the release of Candyman, how about a movie marathon consisting of movies about or based on urban legends? There’s the original version of When a Stranger Calls, which adapts the folk myth of the babysitter and the man upstairs. Also, I recommend the underrated Mark Pellington thriller The Mothman Prophecies, concerning the “Mothman” legend in West Virginia. But the proper mix will consist of more than just horror movies. Check out the college comedy Dead Man on Campus, involving the “passing by catastrophe” myth, and the drama Urbania, about a man encountering one urban legend after another in NYC.

Are we celebrating any big movie and TV anniversaries this week?


Going back further, Peter Weir’s Gallipoli and the neo-noir Body Heat were released in theaters 40 years ago this week. Plus, the Burt Reynolds movie Gator turns 45, the horror film Let’s Scare Jessica to Death turns 50, the original Alfie and the sci-fi adventure Fantastic Voyage turn 55 and Alain Resnais’ Last Year at Marienbad and Roger Corman’s Poe adaptation The Pit and the Pendulum both turn 60. Also, the Gene Kelly musical An American in Paris, the Cary Grant drama People Will Talk, the sports biopic Jim Thorpe: All American and the World War II film Flying Leathernecks all turn 70, while the film noir The Killers turns 75, the Joan Crawford comedy When Ladies Meet turns 80 and the Fred Astaire and Ginger Rogers musical Swing Time turns 85.


More recent titles with anniversaries include Kevin Smith’s Jay and Silent Bob Strike Back, John Carpenter’s Ghosts of Mars, the drama Sex and Lucia and the Jake Gyllenhaal comedy Bubble Boy, which all turn 20. Also, the Paul Rudd comedy Our Idiot Brother and the fascinating documentary Shut Up Little Man! An Audio Misadventure both turn 10 while the first Don’t Breathe is already 5 years old!

Can you recommend some more great movie deals on Vudu?


This week, Vudu is spotlighting the work of Nicolas Cage with career-spanning deals. His latest movie, Pig, is one of the best surprises of the year, and his next wild effort, Prisoners of Ghostland, is arriving on digital in a few weeks. For now, you’re in need of some of his classics, from his Oscar-winning performance in Leaving Las Vegas and his nominated dual portrayal in Adaptation to his most awesomely over-the-top roles in Mandy and Vampire’s Kiss. Also, he’s understated and underrated in Joe and The Weather Man and just plain excellent in Moonstruck.


Vudu also has a Cinema Spotlight sale this week with select titles priced at just $5.99. Here are recommendations for pairings among them: Room with Free Fire for two very different but great Brie Larsen performances; Moonlight with The Florida Project for two sides of the Sunshine State; Green Room with Good Time for some stressful entertainment; A Most Violent Year with First Reformed for a double shot of ‘70s New Hollywood flavor from modern perspectives; and Swiss Army Man with Tusk for some of the oddest — in a good way — cinema in recent years.

Which must-see movies are coming soon to Vudu?


PAW Patrol: The Movie, which had the best opening for a new release in theaters over the weekend, is due on digital next month, on September 21. The animated feature is based on the very popular Nickelodeon cartoon, which follows a team of dogs on their day-saving adventures. Join Chase, Marshall, Skye and the rest of the pups, plus Ryder, the boy who leads them, as they travel to another city to thwart Mayor Humdinger’s latest scheme. For now, you can pre-order the movie on Vudu and pick up past seasons of the series, some of which are on sale.

What are the 10 most popular movies on Vudu?


The biggest hits on Vudu over the last seven days were led by the new G.I. Joe Origins action movie Snake Eyes, starring Henry Golding. That new release was followed by fellow action franchise installments Black Widow, The Hitman’s Wife’s Bodyguard and F9: The Fast Saga. Landing mid-chart, however, are the new digital releases Stillwater, starring Matt Damon, and David Lowery’s The Green Knight, based on the medieval Arthurian legend.